Pin Up Girl Collages by Handiedan Handiedan is a female artist from Amsterdam in the Netherlands. Although she produces art works in a variety of media, I’ve chosen to showcase her creative collages of vintage pin up girls. Each collage is an exhibit of sexuality and sensuality. Her designs are a combination of organic curves created by the shapes of the women’s bodies contrasted with the highly decorative edgings of currency notes and pictures frames.
There is a controversial aspect to Handiedan’s work. By combining money and sex in one image, the collages comment on the sex industry, the loss of traditional feminine ideals and the promiscuity of modern woman. The collages show scantily clad and often nude women staring out sensually at the viewer, pouting their lips and posing in a seductive way. Although such images seem almost innocent to modern eyes, they represent the sexuality of a woman’s body, and the ideals of beauty that men impose on the female form.
The artist has hidden her own opinions in the collage paintings by rewriting the text on the paper money in the background. In one example, she has used an American ten dollar bill, overwriting “United States of America” with “United Taste of Miracle.”
Phone Booth Gallery had this to say about Handiedan’s art works, “Handiedan’s collage work feeds on the tainted history of pin-up girl posters, using torn, aged surfaces to subvert sexiness. At first glance, the images have a nostalgic feeling, fueled by their ornate details and seemingly straightforward compositions, but a closer look quickly reveals their brutality.” It’s true that under the soft, feminine flesh of the women displayed there is a darker element that runs through Handiedan’s collages. The decorative backgrounds can be viewed as either detailed or chaotic. The noise of the design is becomes the equivalent of a visual scream. In many of the collages, the pin up girls’ body parts are rearranged, reaching through the body of another woman or twisted into painful, contorted positions.
To see more art and photography by the artist Handiedan, visit handiedan.com

Stanley “Artgerm” Lau is a Hong Kong artist who specializes in creating sexy superheroes for comic book companies like DC Comics, Capcom and Square Enix. He has formal training in graphic design and advertising, evidenced by the neat aesthetic structure of his designs. Lau is one of the co-founders of Imaginary Friends Studios and is now the creative director for the company. Besides his formal role of creative director, Lau can be found creating concept art for the studio’s various projects.
Lau is a digital artist who uses Painter and Photoshop with a Wacom tablet. A Wacom tablet can be described as a large mousepad that allows a digital artist to sketch, draw and color with a pen specially designed for use with the tablet. Using this device gives Lau’s designs a hand-drawn essence (that is often lost in Photoshop illustrations), while keeping the lines clean and solid. Because of Lau’s upbringing in Asian culture, he has been influenced by a number of Japanese and oriental art styles. The fluidity of his work is a testament of the effect that traditional Asian art has had on his style, while the influence of anime and manga art can be seen in the large, expressive eyes of his characters, framed by delicate, feminine faces.
Many character designers will create a character on a solid white background, to show of the silhouette of the character. Lau’s character designs often include a background, which puts the character into perspective. He also poses his sexy superheroes in a moment of action or high attitude, truly showing off the action hero appeal of these go-get-’em girls.
For more digital illustrations of sexy superheroes by Stanley “Artgerm” Lau, visit his online art gallery.

Using fashion models and color paint as his subjects, photographer Iain Crawford creates high quality art works. Each photograph depicts a single moment in time, when the paint and model collide. When thrown at a model, liquid paint splashes and for a tiny sliver of time, creates sheets of paint that move through the air. These sheets of paint look similar to cloth and appear to clothe the model with color. Powder paints have an entirely different effect, exploding into the air in a puff of color, and is reminiscent of a fur coat or collar. Viscose paints behave differently to other liquid paints, splashing off the model in a web-like arrangement, surrounding the beautiful girl with a temporary, transitory cage of color.
The liquids and powders that Crawford uses in his images add a tactile nature to the photographs, combining the human body with art products to create an alloy of sensuality and creativity. There is a sense of wildness and excess in each photograph displayed in the lavish way that paint is flung into the scene and photographed. This creative method stands in stark contrast to traditional art, in which paint is applied with deliberation and care onto a canvas. Crawford has removed the canvas and brushes from the artistic process, using fashion models as his canvas and photography as his medium.
To see more artistic photographs by Iain Crawford, visit his website. 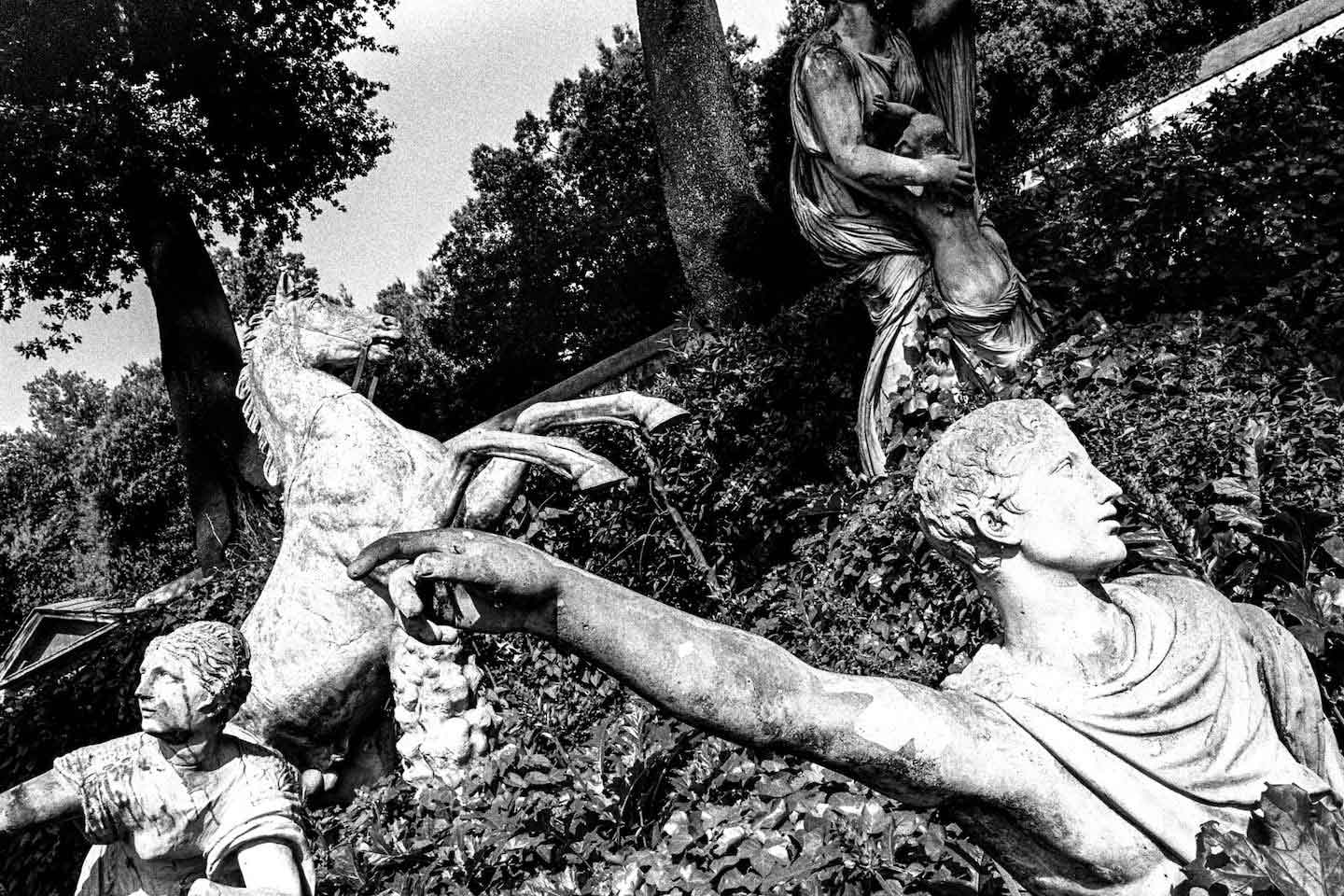